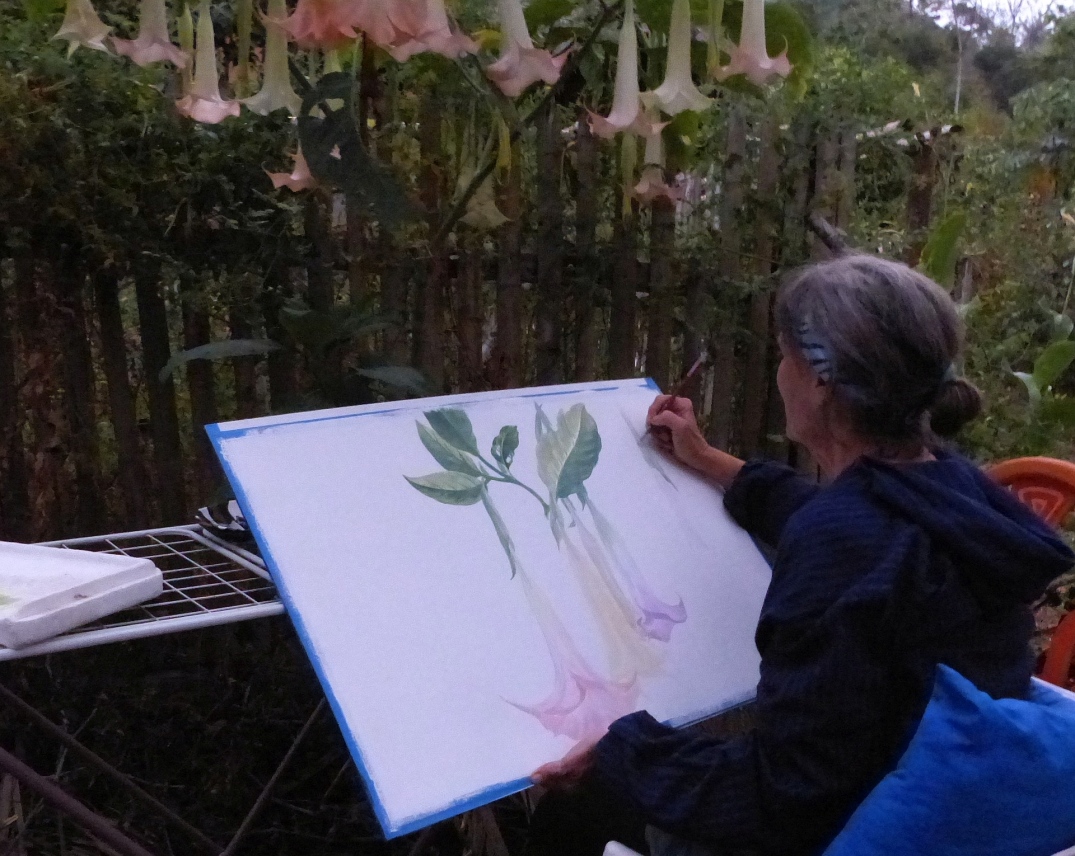 Dengue, Chikunguna and the 7.8 earthquake played strong roles in directing my present artistic focus in Ecuador.
1. The viral infections left me with arthritic-type stiffness, which altered the joy of creating hand-painted floors or large murals.
2. An exposition of studies of coastal artifacts for Museo Bahia de Caraquez remained ‘pending’ on the re-opening of the earthquake-damaged museum.
3. Joining thousands of others displaced by the earthquake, it was time to say a heart-wrenching ‘Goodbye” to Casa Loca at the mouth of Rio Jama. With a growing eclectic assortment of paintings, I began the search for a new place to call home.

Distressed at the rapid deforestation throughout Manabi, I searched for an area where the locals live in closer harmony with nature. I hoped to find still-intact forests and shaded streams and pure fresh air and an abundance of wildlife. “OK, Angels,” I stated to invisible co-pilots,” it’s time to find home.” Several hours later my angels granted my wish, and I stared almost unbelieving at the tranquil waters of the Poza Honda! A much-greener area, it is part of a protected forest! 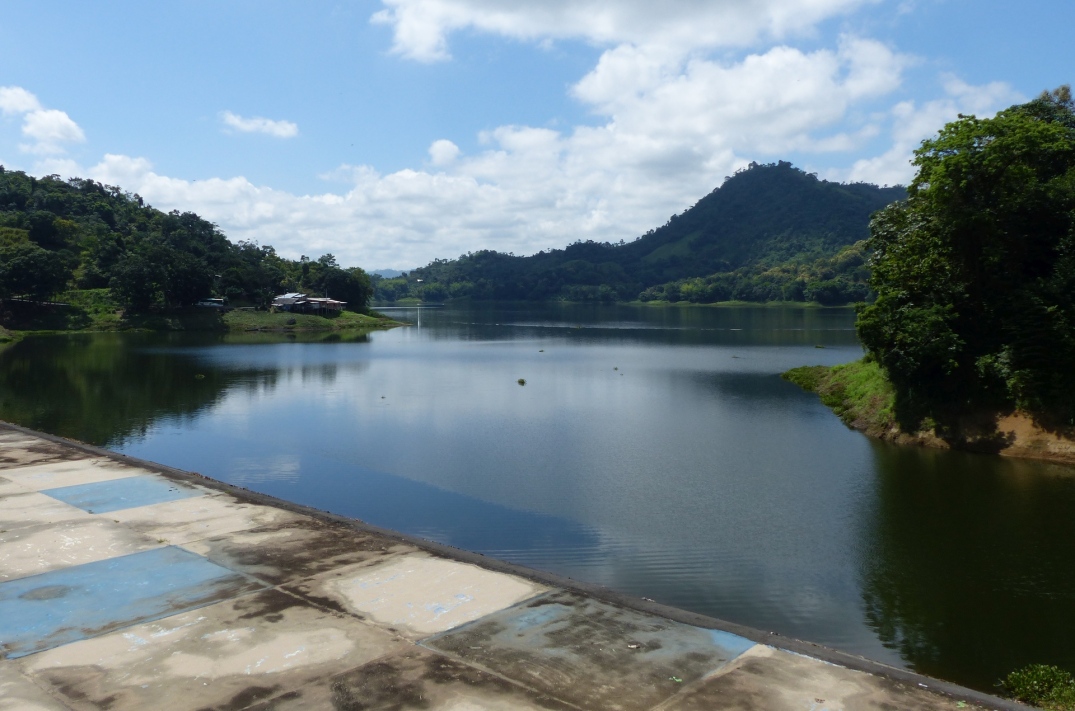 I now rent a home on a petite coffee farm that overlooks that beautiful reservoir. Wildlife abounds, and each day seems to be a competition between bird species to see which one receives ‘VIP’ of the day. One biologist friend stated, “This area has more birds than Cosanga!*“     He later deducted that the birds are migrating to these ‘pockets of green’ when forced to leave neighboring deforested areas. “Unfortunately,” he said, “the weaker (VIP) species will be crowded out.”

Endangered species live here as do elusive ones, yet over the past year I’ve witnessed an accelerated deforestation in the protected area. Chunks of forest are cleared for agricultural use. Pastures are sprayed with growth-hormone chemicals. Un-monitored use of pesticides contaminates and affects not only the wildlife, but also seeps into the waters of Poza Honda! Application rates are surely mixed by hand in the field, because six months later the broad leaves continue to curl! 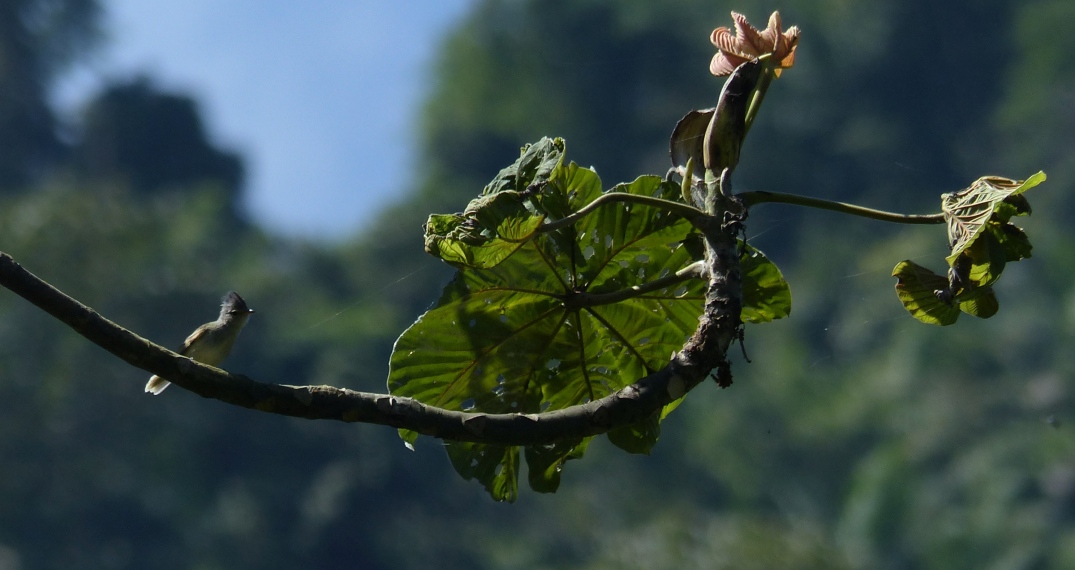 There are fewer birds this year, and some of the often-seen species have disappeared; this happened after the felling of nearby trees. This dry season has also been exceptionally dry. On days when the birds are eerily absent, I wonder if we will later realize we were witnessing the symptoms of abrupt-climate change extinction.
(Rachel Carson’s Silent Spring meets Abrupt Climate Change).

My concern for what remains now plays a strong role in my art. I hope that my studies, photos and love for nature will help others recognize the importance of our flora and fauna. Does man truly have the right to to literally bulldoze the natural world? What man is worthy of felling a grand tree – just so its heart can be used for an impressive table or posts for a balcony? “It will die anyway,” someone once stated to me, “it’s best to cut it while the lumber has value.”

It’s not just the trees; how many people pause to peer toward one’s feet and observe a world in miniature not often viewed? Weeds might not be of importance to most men, but they too are worthy and play a role in this fragile balance of nature.

Extinctions! Scientists tell us that we’re losing 200 species a day! For what? So that man can have more!

How can the present slaughter of Saman trees be legal? A recent drive up the coast left me shocked. The Saman carcasses remain left behind, with a backdrop of desnuded landscape. Does anyone see? Our lovely Manabi is vanishing, one tree at a time. 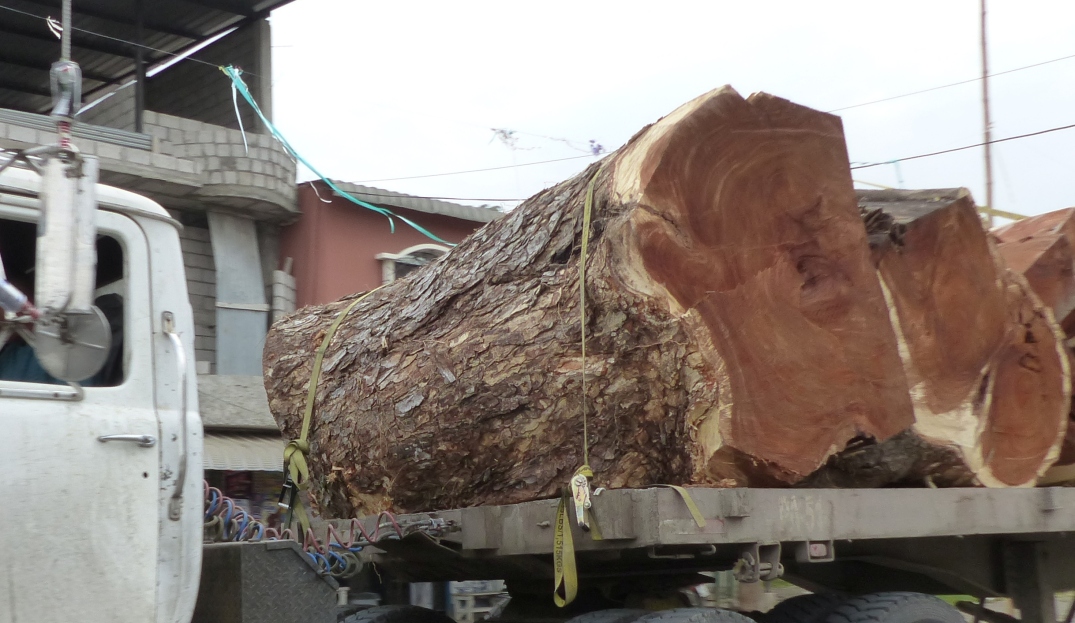 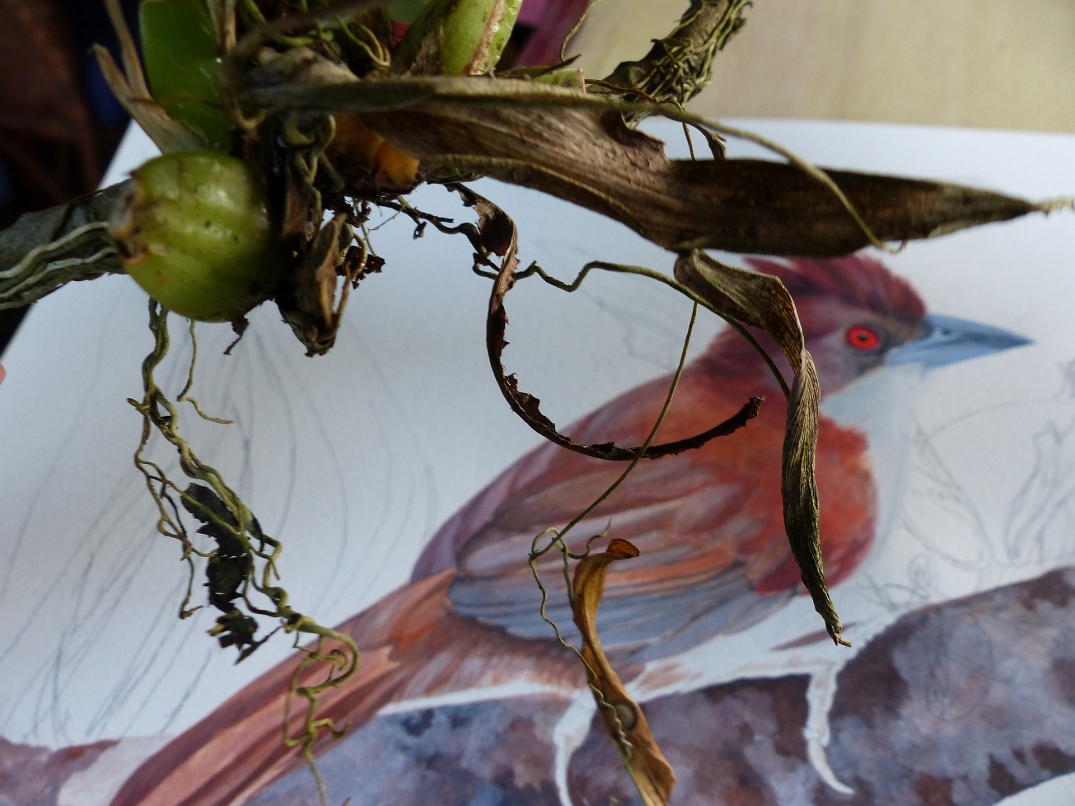 Is it too late to reclaim the canopy? Can we work together – replanting and working in harmony with our surroundings – and remember that we share this world with other species.

Unless I am obliviously obsessed with painting day and night, I usually walk several hours each day and study the surrounding ecosystem. The Pygmy Owl sometimes shadows my walks and perches nearby as if to ask, ‘What in the world are you looking for?” Some days I sit and become very quiet, until I know the essence of a particular place. I might return with a lone feather, leaves, vines, wildflowers, or a dead butterfly. “Full House” showcases one of those lovely dead butterflies.

Like Audubon, I am painting my beloved natural world, one that I hope to capture and share with the others before man has destroyed this fragile ecosystem.